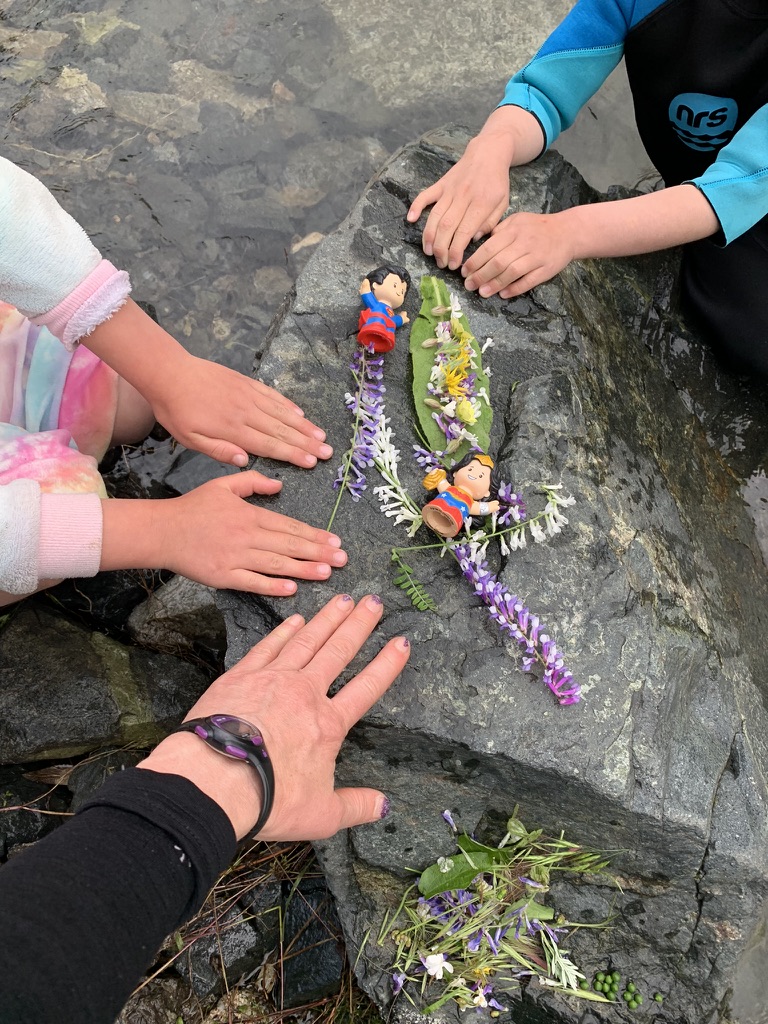 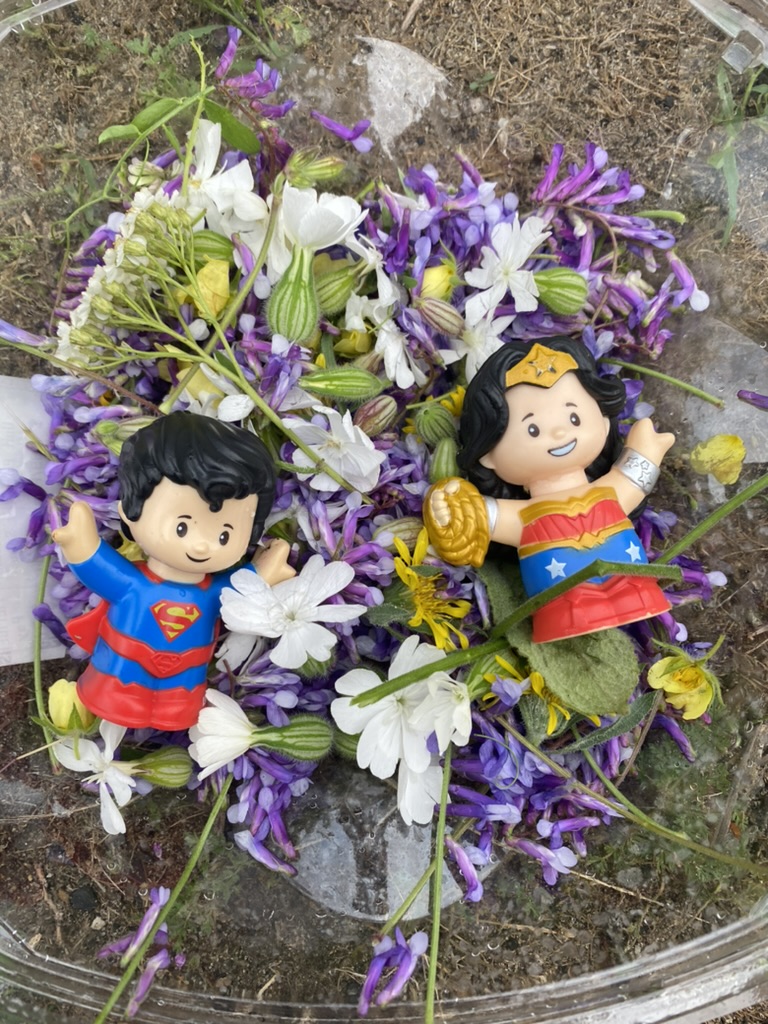 (as always with my mailings, I hope you’ll display images, or you’ll be missing out!)

Perhaps today can allow you time with your younger internal parts, the ones who effortlessly imagine, create and bake cupcakes from wildflowers on the banks of a wild river.

The theme for today’s mailing came to me before I realized it was Father’s Day in the US. Coincidentally, the first Father’s Day was celebrated on June 19, 1910, right here in our town of Spokane, Washington–the Upper Left USA!

Some Father’s Day history if you’re interested:
Sonora Smart Dodd, one of six children raised by a widower, worked hard to generate support in Spokane to establish an official equivalent for male parents to Mother’s Day, which was first celebrated in the 1860’s and became a commercial holiday in 1908. Father’s Day slowly spread as a holiday and President Woodrow Wilson used telegraph signals from Washington, D.C. to unfurl a Father’s Day flag in Spokane in 1916. It took until 1972 to become a federal holiday under Richard Nixon.

Fun facts:
Economists estimate that close to $4 billion is spent each year on Father’s Day gifts and events. This sounds like a lot until you compare it with the $30 billion or so spent on Mother’s Day. You can see why retailers have always been a little more excited about Mother’s Day, Sorry, guys.

Rumor has it that Father’s Day was once the biggest day of the year for collect calls, although our household still questions the credibility of this tale! 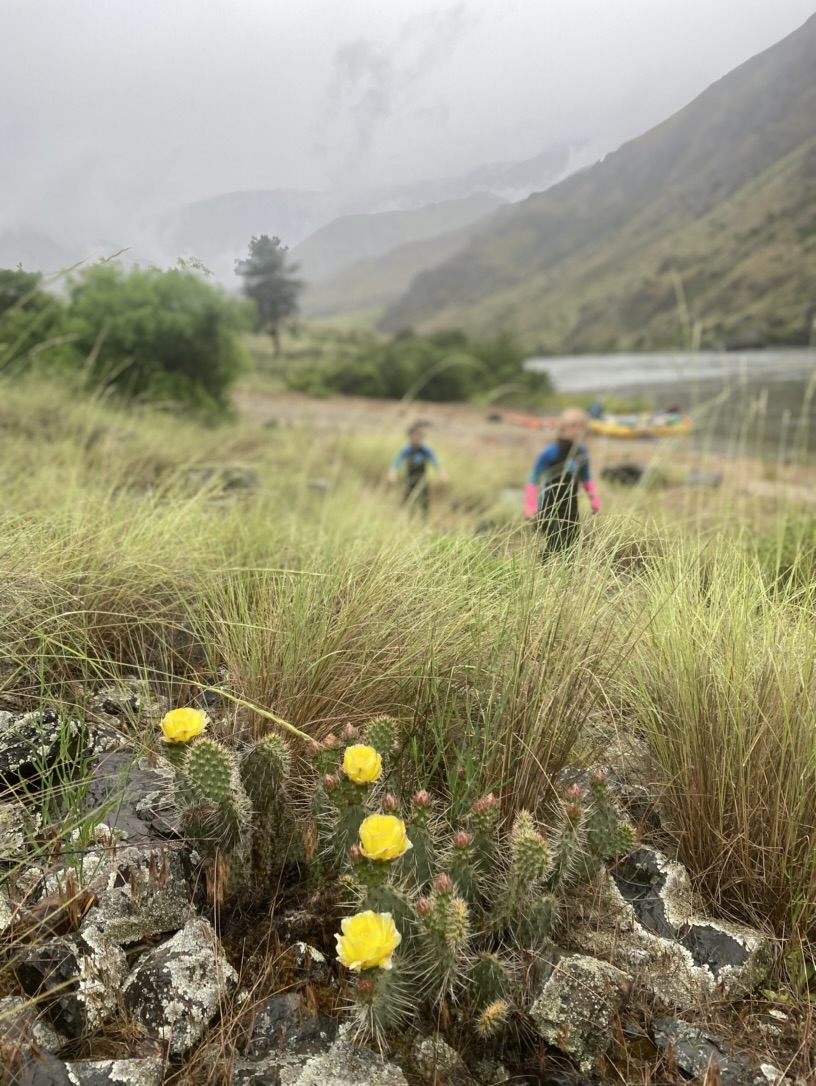 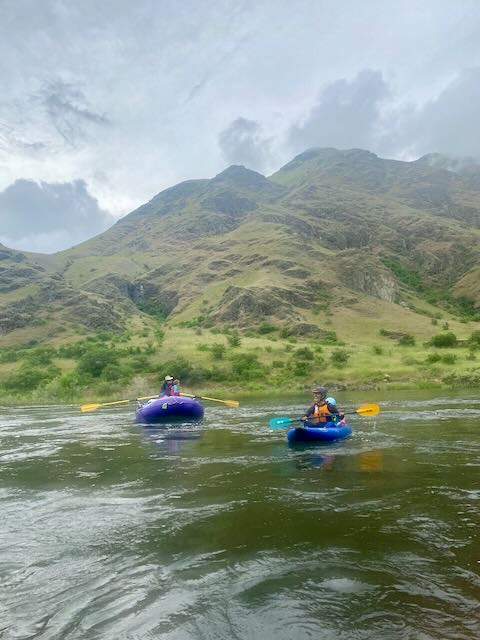 As I mentioned in last week’s mailing, we recently joined friends on a 4 day rafting trip in Idaho on a swollen, swirly Snake River in unseasonably cool and wet conditions. Temps the year before were nearly 40F degrees hotter.  I have learned that inclemental weather offers a magical atmosphere to those who weather it (ha).  I couldn’t get enough of the wispy clouds silently dancing along the hillsides as we floated beneath them.

The trip also offered us the rare company of our adventurous friends’ curious, resilient 6 year old twins. These girls have grown up on the river with parents who are the equivalent of professional boaters. The girls climb, nap and attach themselves to the boat like barnacles. Nothing fazes them. Not rain, cold or bouncy, swollen rapids. They’re game for all of it.

Dressed in full wet suits, helmets and PFDs, the girls’ strong Mama held them tightly on either side of her at the helm of the family’s 16 foot Oompa Loompa purple raft. Through each turbulent set of Class 4+ rapids that our group scouted beforehand from shore, the girls squealed with excitement and begged, “Please, Daddy, can we do it again?!” each time they were safely through. (If they only knew what that entailed!)

While young children are naturally demanding and tiring, witnessing and enjoying these two creative bundles of energy was an unexpected highlight of the trip.  Sharing their rare company reminded me how seldom I’m around kids and how refreshing it is for my parts to experience the boundless imagination that effortlessly tumbles out of children.

They begged me to visit their riverside castle below camp one evening.  After knocking at the door, I was warmly welcomed, offered a seat, served wildflower cupcakes wrapped in leaves, sipped special tea from goldenweed and enjoyed a memorable game of Go Fish with playing card leaves from clusters of morning glory. The girls remembered my cards (that all looked the same) better than I did. You can’t fool a 6 year old!

Experiencing their innocence and imagination reminded me of the importance of inhabiting the curious eyes and open hearts of children– especially during a season that can feel so hard, heavy and labored. These two girls opened my heart and opened my eyes for which I’m so grateful.

So on this day honoring Fathers and all those who Father, I invite you to consider what helps you to open your eyes or your heart just a little wider, just a little brighter? Find a younger one (inside or out) who can help you see the world as they do.

Enjoy the pics and videos. IFS peeps. scroll down for upcoming IFS Offerings next week and in July with Dick! 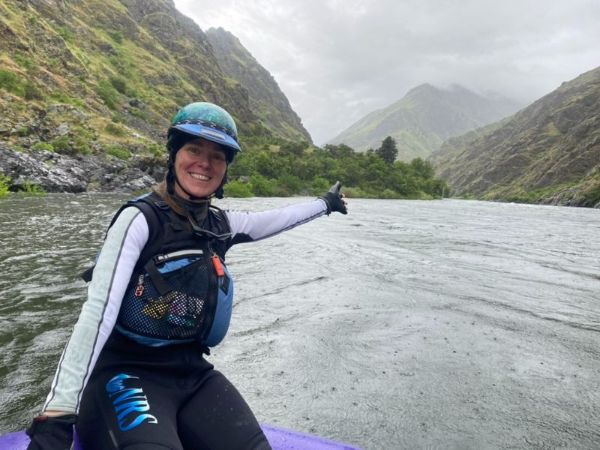 Here’s a 1 minute video from the raft through Class 4+ rapids Erik and I weren’t comfortable taking our inflatable kayaks through. The IKs sit at water level so it’s a wet and tricky paddle through churning, high volume water. The rafts sit you much higher and seem to pierce through waves no matter the velocity or size.  Water is powerful and dangerous no matter what so even in the raft we didn’t relax until we were safely through each set. It always looks tamer than it feels! What oh what fun!

I walked above our camp to say hello because it was too beautiful NOT to share. I spontaneously decided to include a blessing for you which I happened to lay eyes on for the first time in over a year while packing for the trip. I shoved the piece of paper in my tiny travel journal and I guess this is why. Funny how that happens. Divinity knows just what we need when we need it.

I also took a chance here to share something that feels a little less “professional” and more real–which honestly feels more accurate of who I am more often than a polished video. So here you go, do-over , glasses and all. : ) Let me know how it resonates with you sometime…

May you find peace
May you be at ease
May you Be Gentle with Yourself
May you know you are loved
May you have the heart and the eyes of a child
May you and yours be protected and healthy
May you find courage and compassion and May you find the teachers, the hope and the wisdom you need in the days to come.

I hope you can continue to listen to your parts and be present for them, with an open, curious heart.

And if you want more where that came from, I’m just starting to share outdoor video clips and Meditations on my You Tube channel (which anyone with a google account has, btw! It’s not all that special, I’m just finally learning how to use it!). Take a peek sometime at Pause With Laura. 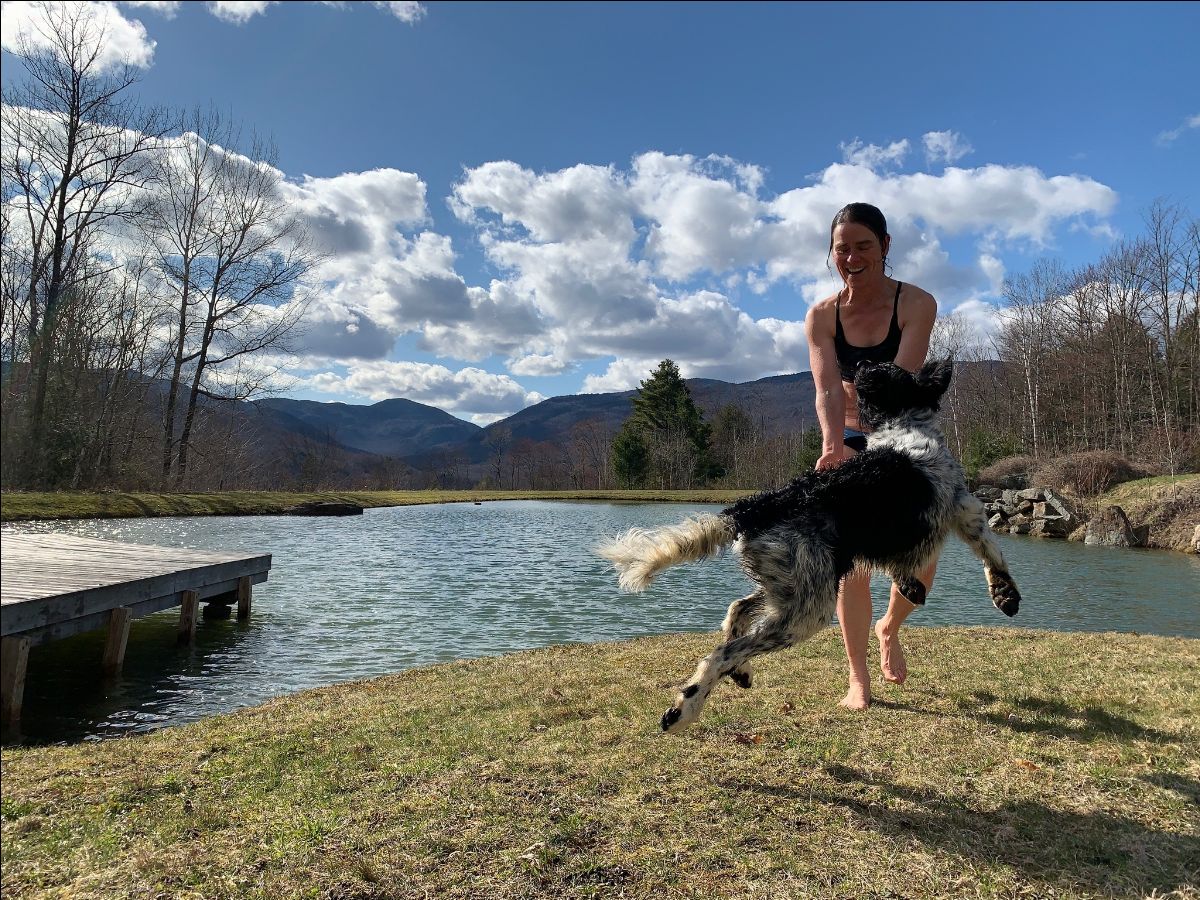 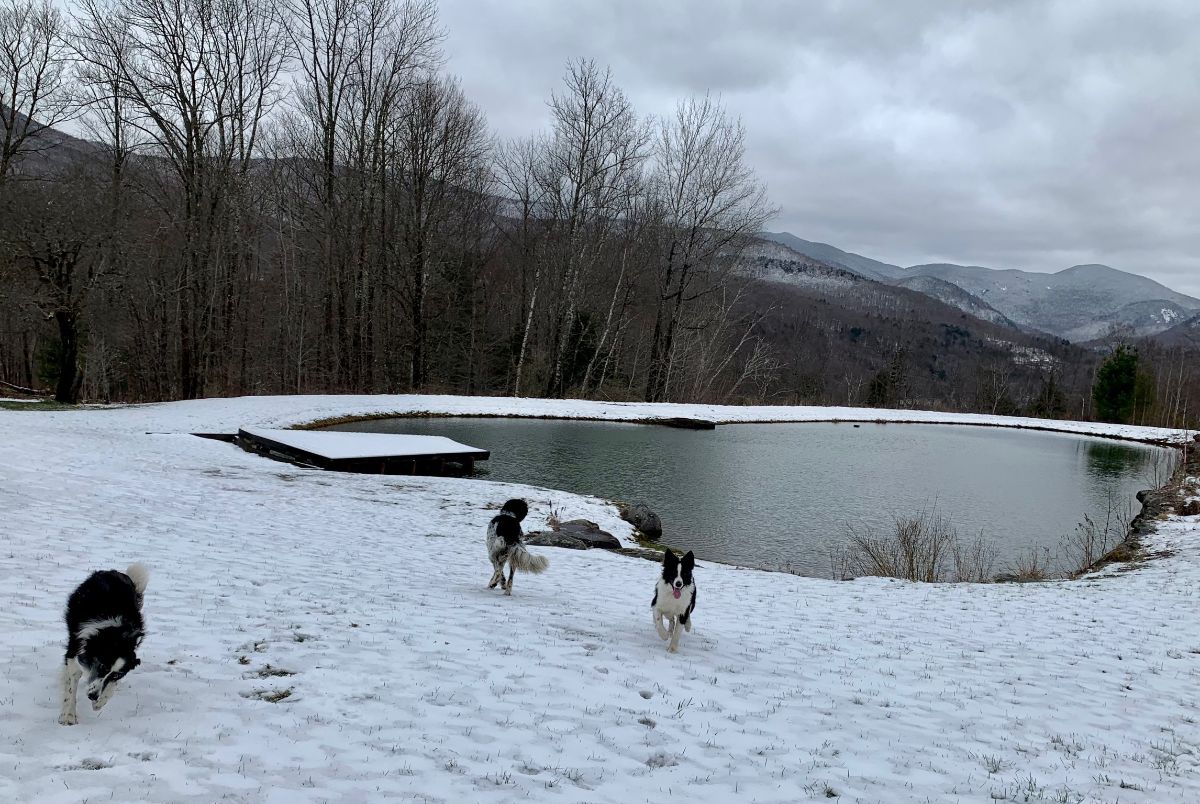 Groups are filling up but have a few seats left!

This is a great opportunity to get a taste for groups with me before BiWeekly and Monthly Groups resume in September. 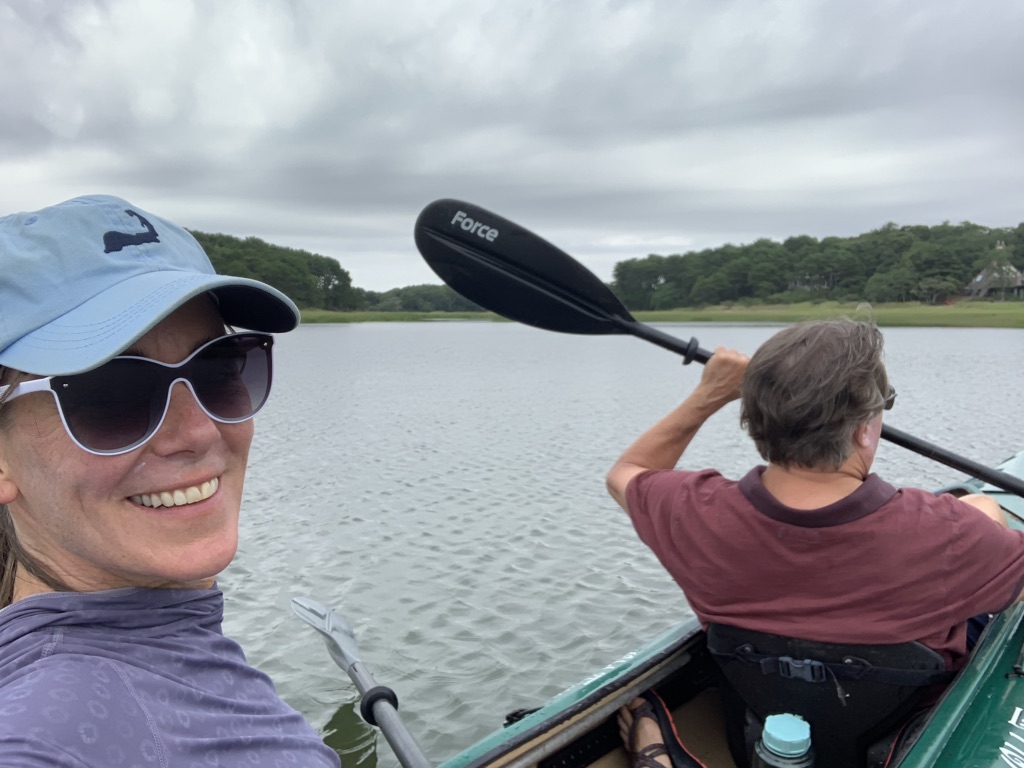 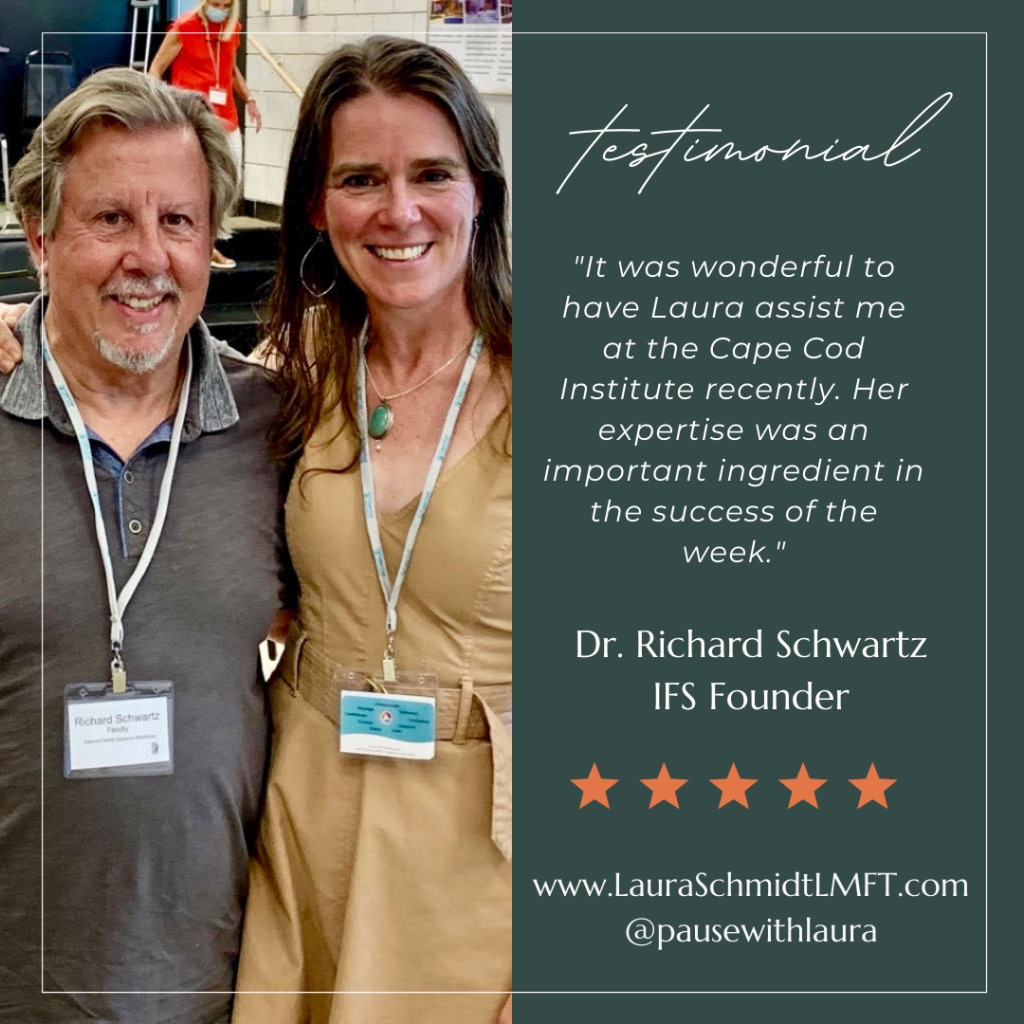 AND, an upcoming summer highlight will again be assisting IFS Founder, colleague, mentor and friend, Dick Schwartz at the Cape Cod Institute!

We’d LOVE to see you!

May you have the heart and the eyes of a child.

I look forward to seeing some of you next week in Consult Groups or soon on the Cape!
Take good care,